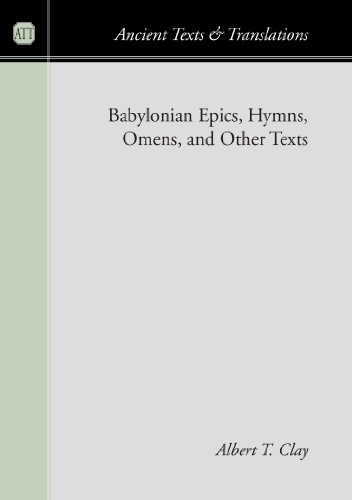 Albert T. Clay (1866-1925) was the William M. Laffan Professor of Assyriology and Babylonian Literature at Yale University. Among his other publications are 'The Empire of the Amorites' 'Neo-Babylonian Letters from Erech' and 'The Origin of Biblical Traditions'