Items related to A Little Tour in France by Henry James, Fiction, Classics,... 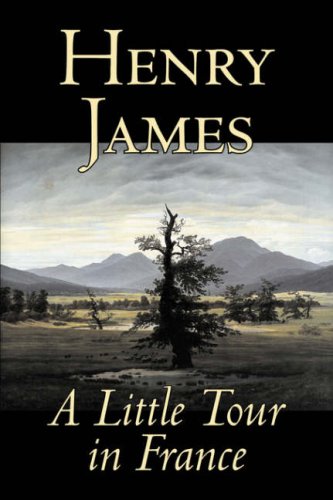 From Tours to Dijon, James tells of the towns and cities, the church and inns, the museums and palaces. "I am ashamed to begin with saying that Touraine is the garden of France; that remark has long ago lost its bloom. The town of Tours, however, has something sweet and bright, which suggests that it is surrounded by a land of fruits. It is a very agreeable little city; few towns of its size are more ripe, more complete, or, I should suppose, in better humor with themselves and less disposed to envy the responsibilities of bigger places. It is truly the capital of its smiling province . . ."

Henry James (1843 - 1916) was an American-born British writer. He is regarded as one of the key figures of 19th-century literary realism. He was the son of Henry James, Sr. and the brother of philosopher and psychologist William James and diarist Alice James. He is best known for a number of novels showing Americans encountering Europe and Europeans. His method of writing from a character's point of view allowed him to explore issues related to consciousness and perception and his style in later works has been compared to impressionist painting. His imaginative use of point of view, interior monologue and unreliable narrators brought a new depth to narrative fiction.

1. A Little Tour in France

Shipping: US$ 28.72
From United Kingdom to U.S.A.
Destination, rates & speeds