Items related to The Roots of the Mountains by William Morris, Fiction,... 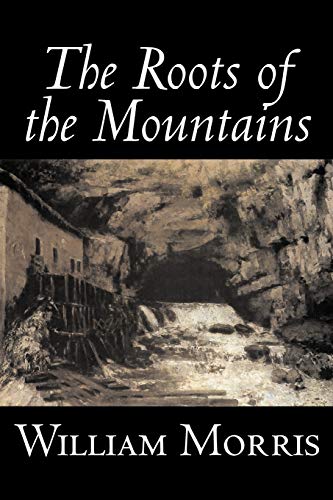 The people of the small towns and villages at the foot of the mountains were losing their past when the Dusky Men and the children of the Sons of the Wolf migrated into the mountains . . . in its way, this story may be the one that inspired Tolkein to write of the Dunedain -- the Rangers descended from the Great Kings of the past. Certainly there is a certain correspondence, just as the semihuman enemies are strikingly similar to Tolkein's orcs . . .

William Morris (1834 - 1896) was an English textile designer, poet, novelist, translator and socialist activist. Associated with the British Arts and Crafts Movement, he was a major contributor to the revival of traditional British textile arts and methods of production. His literary contributions helped to establish the modern fantasy genre, while he played a significant role in propagating the early socialist movement in Britain.

2. The Roots of the Mountains