Items related to The Souls Of Black Folk

The Souls Of Black Folk 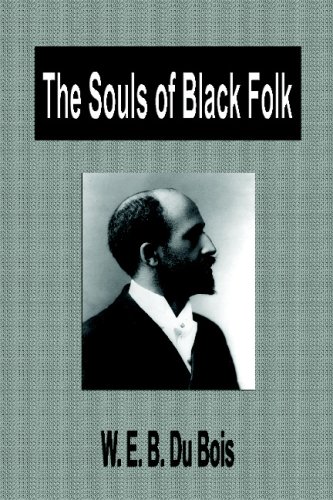 William Edward Burghardt Du Bois (February 23, 1868 August 27, 1963) was an American civil rights activist, Pan-Africanist, sociologist, historian, author, and editor. Historian David Levering Lewis wrote, "In the course of his long, turbulent career, W. E. B. Du Bois attempted virtually every possible solution to the problem of twentieth-century racism scholarship, propaganda, integration, national self-determination, human rights, cultural and economic separatism, politics, international communism, expatriation, third world solidarity." Du Bois graduated from Harvard, where he earned his Ph.D in History; later he became a professor of history and economics at Atlanta University. He became the head of the National Association for the Advancement of Colored People (NAACP) in 1910, becoming founder and editor of the NAACP's journal The Crisis. Du Bois rose to national attention in his opposition of Booker T. Washington's ideas of accommodation with Jim Crow separation between whites and blacks and disenfranchisement of blacks, campaigning instead for increased political representation for blacks in order to guarantee civil rights, and the formation of a Black elite that would work for the progress of the African American race.

1. The Souls Of Black Folk