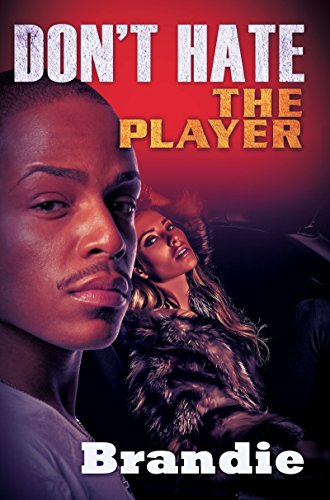 Indulge yourself in a world of drama, sex, lies, and betrayal as Brandie invites you into the lives of Luvly, Money, Chocolate, and Taeko—four friends who take each other to a higher level.

Money and Luvly are playing a dangerous game. He’s a pro football player, and she’s a drug dealer’s girlfriend. Their steamy and often volatile love affair intertwines girl fights, outside lovers, and bed sheets, and it could add up to a deadly equation.

Male supermodel Chocolate is every woman’s fantasy of the perfect man. He’s intelligent, very sexy, and he’s looking for a woman to satisfy his wildest sexual desires, even if it means sacrificing his morals and his self-respect.
Taeko is developing an infamous reputation, and not for his skills as an NBA superstar. He’s become notorious for his sexual appetite and violent temper, which are making him a loser in the game of life.

Don’t hate the player is a non-stop, drama-driven story of friends, lovers, secrets, and ecstasy that will leave you wanting more.

Brandie is the author of Don’t Hate the Player and The Clique. She resides in Atlanta, GA