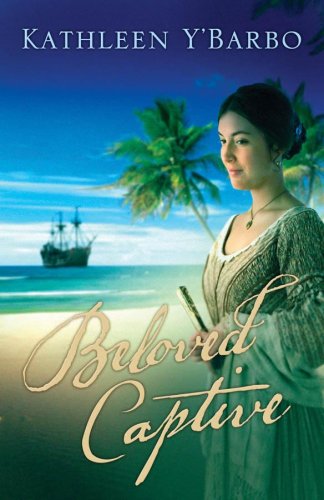 In this sequel to Beloved Castaway, Emilie Gayarre is learning to accept her mixed race heritage while finding fulfillment in teaching children of the key. There is no denying the attraction between Emilie and the handsome young naval commander, Caleb Spencer, who is shadowed by his own flock of secrets. But if her heritage is found out, even greater things than his career are at risk. Enjoy this historical romance full of risk and redemption.

School teacher Emilie Gayarre comes to grips with her newfound mixed race heritage and finds love with Caleb Spencer, the young naval commander and former privateer who could lose more than just his position in the Navy if Emilie’s lineage—and his past—is discovered.

Risk, Romance, and Redemption in the Florida Keys

Emilie Gayarre grew up in luxury but left it all to help save two of her friends. Shipwrecked in Fairweather Key, Emilie has made a new life for herself as a schoolteacher. But now she has been called home to New Orleans and her father’s deathbed only to learn the life she was raised to enjoy was all a lie. A stigma attached to her birth could steal any hope for a happy future.

Caleb Spencer is dogged by a shadowy past. Raised the son of a prominent Florida politician and a pirate princess, he has tried to forget his maternal grandfather’s means of wealth until called home to the Caribbean and his inheritance of longstanding rivalry.

Caleb must a zeal for revenge if he ever wants to build a successful career in the law. Meeting and falling in love with Emilie only adds to his angst.

Can Emilie and Caleb let go of the ashes of the past and make a new life under a clean banner of faith?

Kathleen Y’Barbo is an award-winning novelist who lives near Houston, Texas.