Items related to The Light-Bearer 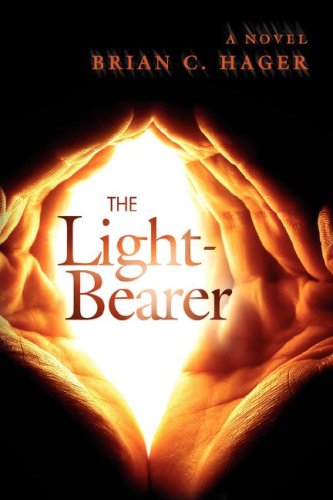 Catapults you right into the life of Lucifer, The Light-Bearer, The Fair Golden One. It is the time just after the creation of the angels and before the fashioning of the world. The Children live to serve and praise their Father, and to bask in the love of the Son and the guidance of the Spirit. Lucifer, called upon to carry the Father's Light of Creation across Eternity, leads the Children in praise, knowledge, and teaching. His greatness and devoted service have but one flaw: vanity. Seduced by unknown curiosities he witnessed during Creation, Lucifer refuses to control the unanswered questions that plague his mind. Even after gentle rebukes from those closest to him, the Light-Bearer cannot admit that there are some things that only the Father should know. And so, slowly, he begins to question, then doubt, and ultimately falls away from his Father's love. Along the way, he coerces many of his Brothers to join him in his rebellion against the Father's sovereignty. As his rejection of the Father and His Son reaches its peak, Lucifer's closest Brother, Michael, must take up arms against him and lead the Father's army in battle to thwart the sinful rebellion.

Book Description OakTara, 2014. Paperback. Condition: Good. Connecting readers with great books since 1972. Used books may not include companion materials, some shelf wear, may contain highlighting/notes, may not include cdrom or access codes. Customer service is our top priority!. Seller Inventory # S_268246191