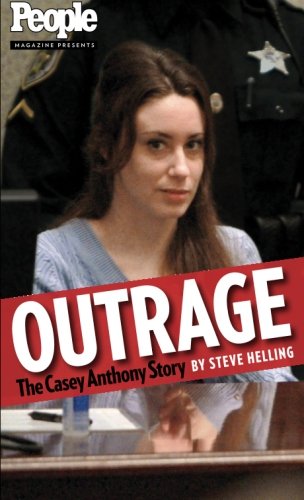 From the moment 2-year-old Caylee Anthony of Orlando was reported missing by her grandmother in July 2008 till the shocking acquittal of her mother, Casey, on murder charges in July 2011, the story of the Anthony family tragedy has been a national sensation. This new book from the editors of PEOPLE magazine weaves the tale from beginning to end, taking the reader behind the scenes of the family’s turmoil, Casey’s web of lies and her father’s breakdown, offering portraits of the victorious defense lawyers and the thwarted prosecution, the public outrage and the media frenzy—all based on PEOPLE 's unparalleled access at key moments of the case. Author Steve Helling, a Florida-based staff writer for PEOPLE, covered the story from its beginning. Just days after little Caylee was reported missing, Helling spent time with the Anthony family inside their home, beginning an odyssey that would take him through the entire case's twists and turns. He sat through hours of court hearings, pored over thousands of pages of documents and interviewed both the prosecutors and the defense team exclusively for this book. All told, Helling conducted more than 200 interviews with people closely connected to the investigation of Caylee’s disappearance and Casey’s 2011 trial for her murder. His daily reports from the courtroom produced more than 100 stories about the case for PEOPLE magazine and People.com. With his deep knowledge of the Anthony saga, Helling offers riveting insights into all the players in one of the most controversial and unforgettable true-crime dramas of our time.