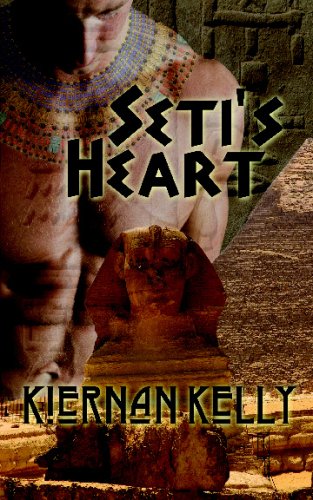 Cursed by the god who shares his name, Seti was an Egyptian king who lost everything; his name, his kingdom, even the man he loved more than anything in the world. For centuries he's waited in a dusty, forgotten sarcophagus, until Logan comes along. Logan is a graduate student who stumbles on Seti in the basement of a museum and accidentally awakens him. Logan figures any way he looks at it, a missing mummy is going to be bad for his career, so he takes Seti with him until he can decide what to do. He doesn't want to be accused to theft, but who's going to believe in a mummy coming back to life? Seti and Logan have a lot more to worry about than the modern day police. There's a group of scientists that want Seti for more than decoration and a vengeful god with an agenda to get Seti gone once and for all. Logan has to deal with all of that, but his biggest problem might just be Seti himself, who's trying hard to get into Logan's pants, and his heart.