Items related to Rousseau: The Basic Political Writings: Discourse on... 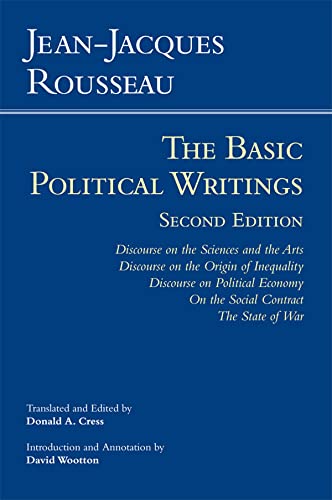 Book Description Paperback. Condition: new. Paperback. This substantially revised new edition of Rousseau: The Basic Political Writings features a brilliant new Introduction by David Wootton, a revision by Donald A. Cress of his own 1987 translation of Rousseau's most important political writings, and the addition of Cress' new translation of Rousseau's State of War. New footnotes, headnotes, and a chronology by David Wootton provide expert guidance to first-time readers of the texts. Offers a translation of the author's most important political writings. Shipping may be from multiple locations in the US or from the UK, depending on stock availability. Seller Inventory # 9781603846738