Items related to The Dream 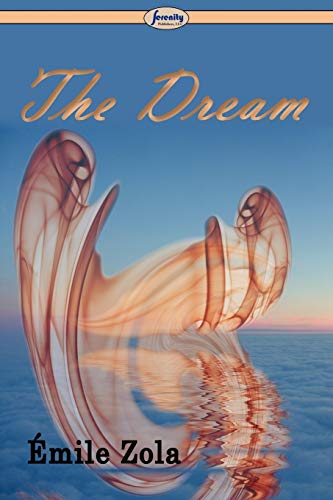 Since its U.S. launch in 2003, Hesperus Press has enjoyed a growing reputation for its inspired selection of short classic works. Written by illustrious authors, and often unjustly neglected or simply little known in the English-speaking world, these works have been made accessible via a completely fresh editorial approach and new translations. Now, in addition to the Hesperus Classics, Hesperus Press is introducing a new series: Modern Voices. Drawing from the very best of 20th-century literature, Modern Voices will retain the exceptional quality of the Hesperus Classics, with a new series look that reflects the more modern nature of the list. Among the first authors will be Carlo Levi, Katherine Mansfield, and Graham Greene, and Hesperus has already secured prominent contemporary writers like Anita Desai, William Boyd, and Colum McCann to introduce the books—again retaining one of the key successes of the Hesperus Classics. Finally,! 2005 heralds the launch of the Hesperus Contemporary series, opening with The Nightingale Papers, the fiction debut of prize-winning biographer David Nokes.

?mile Zola was a French writer who is recognized as an exemplar of literary naturalism and for his contributions to the development of theatrical naturalism. Zola s best-known literary works include the twenty-volume Les Rougon-Macquart, an epic work that examined the influences of violence, alcohol and prostitution on French society through the experiences of two families, the Rougons and the Macquarts. Other remarkable works by Zola include Contes ? Ninon, Les Myst?res de Marseille, and Th?r?se Raquin.

In addition to his literary contributions, Zola played a key role in the Dreyfus Affair of the late nineteenth and early twentieth century. His newspaper article J Accuse accused the highest levels of the French military and government of obstruction of justice and anti-semitism, for which he was convicted of libel in 1898. After a brief period of exile in England, Zola returned to France where he died in 1902. ?mile Zola is buried in the Panth?on alongside other esteemed literary figures Victor Hugo and Alexandre Dumas.

4. The Dream (Paperback or Softback)