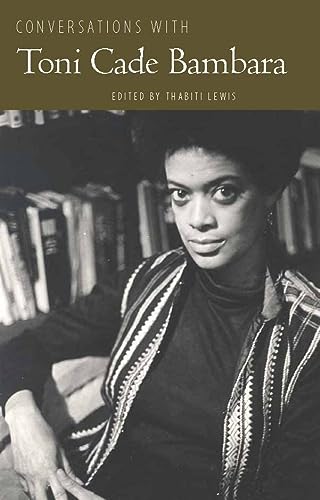 Conversations with Toni Cade Bambara reveals an artist and activist whose work deftly negotiates boundaries of feminism, nationalism, and film. The intimacy of these collaborations or conversations between Bambara (1939-1995) and her interviewers provides an excellent and necessary resource for those interested in scholarly approaches to her fiction, especially her novels The Salt Eaters and the posthumously published Those Bones Are Not My Child, and her acclaimed short story collection Gorilla, My Love. The collection reveals the passion, humor, and real-life experiences of the woman who through her editing of the groundbreaking anthology of black women's writing The Black Woman and contributions to the documentary W. E. B. Du Bois: A Biography in Four Voices changed perceptions of African American culture in the modern era.

The volume also displays Bambara's passionate criticism of radicalism and revolutionary philosophies that were structured by patriarchal, sexist, and heterosexual-centric paradigms. Her willingness to challenge her own ideals, as well as those that conflicted with them, marks her as one of the most forceful black writers of her era.

Conversations with the author of the acclaimed works Gorilla, My Love, The Salt Eaters, and Those Bones Are Not My Child