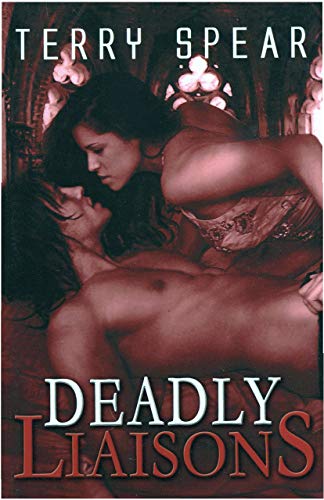 He resisted the dark huntress...now he’ll use all his powers to make her his own.

Tezra Campbell treads a dangerous line between her job as a telepathic investigator for the Hunter Council and her alternate life as a renegade. Beneath her cool, professional exterior lies a dark obsession to find the rogue vampire who murdered her parents ten years ago and left her sister a traumatized shell. An obsession that drives her to use herself as bait.

Daemon, former bastard prince of Scotland and now head of the American vampire clans, sees Tezra as a danger to herself and to his people. Especially if the killer vampire takes her bait. Concerned his own brother might be accused of the crime, Daemon takes Tezra into custody, intending to keep her out of the way so he can find the killer himself.

Things don’t work out the way either planned. The more she fights him with her telepathic powers, the more she stirs up his sexual bloodlust—the kind only a mate can cool. And Tezra begins to wonder...is her desire for him real, or just a way to use Daemon to find the murderer?

It’s a deadly game they both aim to win—even while they try to keep their hearts intact.

Warning: Romance with a bite!

Book Description: Dark huntress and rare telepath Tezra Campbell treads a thin line between being a skilled criminal investigator and a renegade. She’s obsessed with finding the vampire who murdered her parents and with helping her traumatized sister. Prince of the American vampire clans, Daemon, sees Tezra as danger to herself and to his people if the serial killer vampire terminates her next. Concerned his own brother might be accused of the crime, Daemon takes Tezra into custody and intends to find the killer himself. Can they win the deadly game of fighting the ancient evil but keep their own hearts intact? Review:

“Ms. Spear has a way with words, creating a paranormal mystery sure to hold you spellbound as the twist and turns of the tale unfold. A must read!”

“There were some get-the-ice cubes love scenes between the two, but the mystery and the twists about all the killings and the investigation kept my interest throughout.”

“Daemon made me fall in love with vampires. He was so real and sexy I wanted to say, ‘Bite me, baby. Bite me!’”

“Readers will be quickly engrossed in Daemon and Tezra’s emotionally charged story. Terry Spear’s world of vampires will have the readers begging for the series to continue.”