Items related to For Special Services 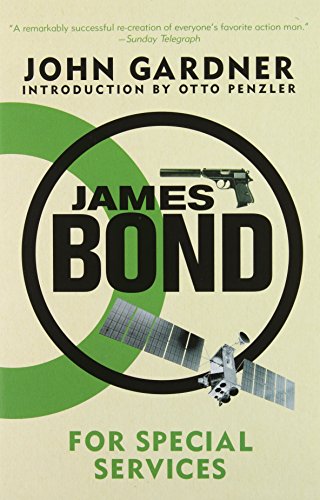 For the first time in trade paperback―with new introductions―the novels that began John Gardner's career as the author of the thrilling James Bond 007 series.

In For Special Services, Bond is on loan to the United States government, his partner none other than the tough and beautiful Cedar, daughter of 007’s old friend Felix Leiter. Their enemy? An old adversary, the legendary SPECTRE has reappeared. Bond and Cedar find themselves in some deadly and terrifying situations―from skyjack to plunging elevator, from armies of killer ants in the Midwest to horror on a private monorail―before they come face to face with the heir to Blofeld’s iniquitous empire.

John Gardner wrote, like Ian Fleming, fourteen James Bond novels (1981 to 1996). In all Gardner had fifty-five novels to his credit―many of them bestsellers (his novel Maestro was a New York Times Notable Book of the Year). John Gardner died in 2007. Visit his estate’s website at www.john-gardner.com.

“As enjoyable for all ages as the originals.”
- Evening Standard [London]