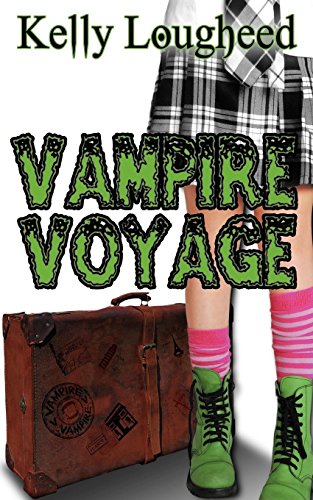 When Charity signs up for the Hawthorn School spring break trip to the St. Judas School for Boys in Romania, she has an inkling the trip won't just be all fun and romantic flings. Being constantly surrounded by exotic European boys would be great ... if so many of the boys weren't homicidal vampires. While trying not to succumb to the peer pressure of drinking human blood at one of the vampire parties, Charity and her BFF Louise get tangled up with a boy named Ivan, who may or may not plan on using them in a nefarious scheme to turn all the Hawthorn girls into vampires. Louise refuses to believe Ivan capable of murder--he's far too handsome! But Charity sees evil in the way Ivan slicks his hair back with such unnecessary amounts of hair gel. Can Charity--in between seducing a past fling, Nicholae, and hiding her late-night wanderings from the trip chaperone, Ms. Van Tessel--save her classmates from becoming bloodsucking fiends?