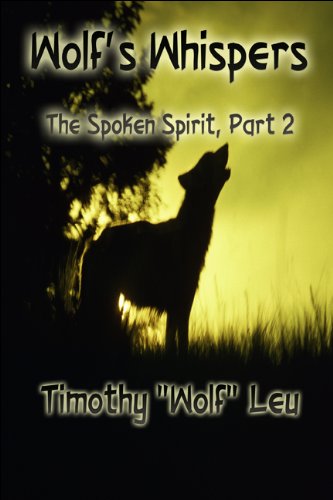 Leu has lived in Granite Falls, Washington, for three years. He finds satisfaction by working as part of a team in a medium to large company. Wolf’s Whispers: The Spoken Spirit, Part 2 is a collection of poems, which are mostly newer than what was published in the first book. Part 2 is dedicated to Leu’s father, Lowell. Leu’s middle name is his dad’s first name. After finding out that the name “Lowell” means “wolf,” Wolf’s Whispers was born. Though Leu does not live near his parents, he speaks to them both frequently. His dad has been retired from the U.S. Marines since December 1963, two months after Tim was born. They share special time together when Leu is in Spokane visiting. Leu learned of his dad’s talent of writing poetry for his wife, Leu’s mother, Leora. After requesting to see the poems that his dad wrote, Leu decided there was no better way to honor his dad’s life and talent than to have his poems in this book.