Items related to A Laying on of Hands

Falconetti A Laying on of Hands

A Laying on of Hands 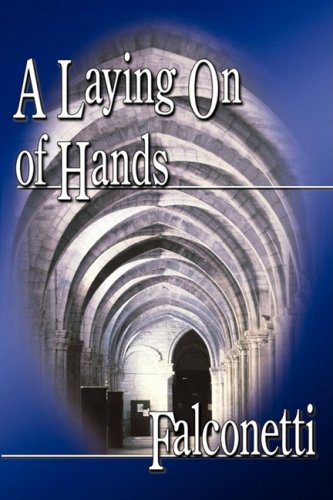 In the early hours of a cold winter's morning in 1538 a churchman is murdered in Hereford cathedral. An innocent farmer now lies in prison awaiting execution. He decides to write his story down in the hope that some day justice might be done. Nearly 500 years later Falconetti, a young management consultant living in Barcelona, drops an old picture and stumbles across the letter. With the aid of his good-humoured friend Arturo and many hours on the Internet he gradually manages to piece together the whole story but the more he digs the more sinister the facts become involving well known figures of the time - Sir Richard Rich and Sir Thomas Cromwell among others - and eventually leading to the intriguing possibility that Henry VIII might have had another son apart from the sickly Edward and the bastard Duke of Richmond. The political manoeuvring and religious disputes of that cruel time form the dramatic backdrop against which a simple man's personal tragedy is played out in the beautiful countryside Herefordshire and northern Catalonia and as Falconetti uncovers this poignant story he also discovers many inner truths which will change him forever. Born in Herefordshire in 1954, the author developed a love of languages at an early age and studied French and Spanish. He loved history but wasn't very good at it. Having failed to gain employment as a qualified conference interpreter he entered the world of advertising where he travelled the world due to his linguistic skills. He lived in Spain for 18 years (Madrid and Barcelona) before moving to South America in 1996. Since then he has lived in Sâo Paulo, Brazil for 8 years and 1 year in Buenos Aires, Argentina. Since 2005 the author has lived in Mexico City. He has a wife and two daughters who all live and work or study in England. His dream is to retire to the Mediterranean.