Items related to Terror in Black and White

Terror in Black and White 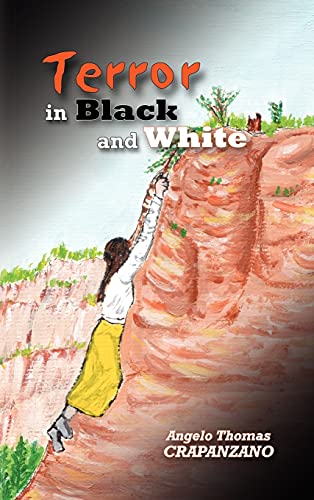 What happens to an ordinary man when he is thrown into chaotic circumstances? Andrew Anderson, an electronics engineer, is driving home from a business meeting one day when he witnesses an accident. He watches with disbelief as a truck forces another car off the road to plunge over a cliff. A young African-American woman leaps from the car and holds on to the cliff's embankment. Andrew manages to pull her to safety. The woman tells Andrew she's being pursued by city officials who are trying to keep her quiet about a crime she witnessed, a crime that could bring down the city's most powerful movers and shakers. Andrew and the woman flee fiercely tracked by the official's private police who seem to be able to follow them despite their best efforts to avoid capture. How are they able to track them and what has the woman witnessed? Crapanzano's fast-paced novel has all the elements of first rate suspense - an admirable protagonist, a heroine with secrets she can't reveal and chase scenes that will leave the reader on edge. With riveting twists and turns, Terror in Black and White has a surprise ending you won't see coming! Angelo Thomas Crapanzano is a full-time writer retired from the electronics research and development department of an aerospace corporation. Mr. Crapanzano has written three other novels and lives with his wife of 56 years near Akron, Ohio.

1. Terror in Black and White

2. Terror in Black and White