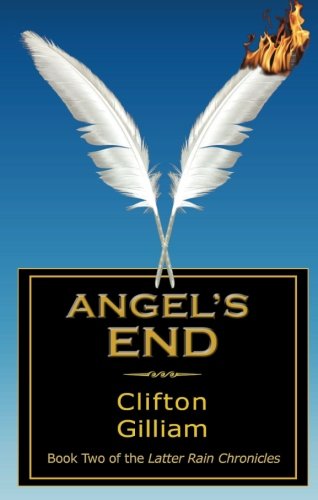 What if what you believed in most was challenged and proved false? In the midst of grief, Lawson Steele found solace in a newfound belief in God, but as spiritual truth turns to deception, his faith shrivels to the size of a mustard seed. Can faith, once destroyed, begin anew at Angels End? Deep in the valley of Jupiters only colonized moon, descendants of Christian refugees, the Angelians, struggle against annihilation and Lawson tries to make good on his promise to protect a friend, whose body now serves as Proteus avatar of destruction. Will Lawsons faith survive the sheering winds of guilt so that he can live to bring a madman to justicea justice found only after Angels End. In Angels End, author, Clifton Gilliam, continues his action-packed, sci-fi drama series entitled The Latter Rain Chronicles, where a vision of Gods salvation plan for humanity merges with the birth of telekinesis among humans in the twenty-fourth century.