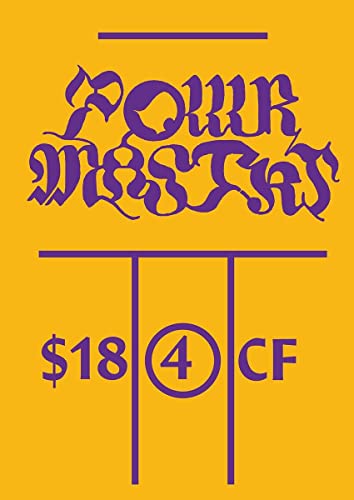 In the final volume of this sci fi/fantasy graphic novel series, the shifting power dynamics come to a head.

Fantagraphics is proud to present the fourth and final volume in cartoonist C.F.’s acclaimed Powr Mastrs series (previously published by Picturebox Books), and to bring the first volume back into print, so readers have an easy entry point. Powr Mastrs is a Dune-like science fiction/fantasy epic in which C.F. narrates the story of a tribe of mystical beings whose power relations are constantly in flux. As power shifts, so do physical and psychological identities. In this fourth and final volume, transmutation night takes effect as events discharge and assumptions collapse. The long-awaited conclusion to a unique series. Black & white illustrations throughout

Christopher Forgues, who goes by C.F. as a comics artist and Kites as a musician, is based out of Providence, Rhode Island. Published work includes Powr Mastrs, Sediment, and Mere, and his story “Mosfet Warlock and the Mechlin Men” appeared in The Best American Comics 2009.