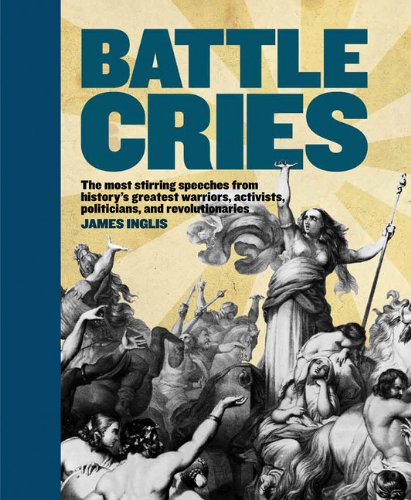 In the tense moments leading up to the heat of battle, fighting men and women and their leaders utter words of raw yet eloquent emotion. Spanning the globe and the centuries, Battle Cries places these speeches, war cries, dying words, poems, and marching songs in their political, military, and social context, while summarizing the lives and careers of remarkable orators and writers to give a broader understanding of their place in history.

- Across the ages, a battle against a military foe or social injustice has elicited rage, heroism, cruelty, and humor from fighting men and women.
- Inside you’ll find several compelling speeches made during the greatest battles in history.

James Inglis is an Australian editor and writer based in Melbourne. He specializes in reviews, interviews, and opinion pieces, and has been published in various national and state newspapers and periodicals. His interests include history, adult learning, minority studies, and analysis of language — particularly where it is abused for ulterior motives.