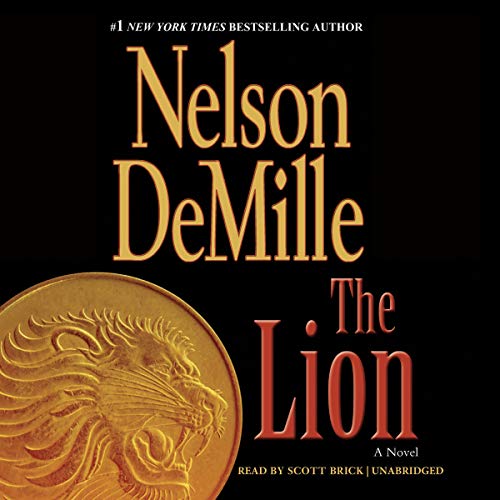 In this eagerly awaited follow up to The Lion's Game, John Corey, former NYPD homicide detective and special agent for the Anti-Terrorist Task Force is back. Unfortunately for Corey, so is Asad Khalil, the notorious Libyan terrorist otherwise known as the Lion. Last we heard from him, Khali had claimed to be defecting to the United States only to unleash the most horrific reign of terrorism ever to occur on American soil. While Corey and his partner, FBI agent Kate Mayfield, chased him across the country, Khalil methodically eliminated his victims one by one and then disappeared without a trace.

Now, years later, Khalil has returned to America to make good on his threats and take care of unfinished business. The Lion is a killing machine, and once again loose in America with a mission of revenge. John Corey will stop at nothing to achieve his own goal-to find and kill Khahil.

Nelson Richard DeMille, a #1 New York Times bestselling author, was born in New York City. He was a first lieutenant in the United States Army (1966-69) and saw action as an infantry platoon leader with the First Cavalry Division in Vietnam. His first major novel, By the Rivers of Babylon, is still in print, as are all his succeeding novels. He attended Hofstra University, where he received a degree in political science and history. He is the author of By the Rivers of Babylon, Cathedral, The Talbot Odyssey, Word of Honor, The Charm School, The Gold Coast, The General's Daughter, Spencerville, Plum Island, The Lion's Game, Up Country, The Gate House, Night Fall, Wild Fire, and The Lion. He also coauthored Mayday with Thomas Block and has contributed short stories, book reviews, and articles to magazines and newspapers. A member of the Authors Guild, the Mystery Writers of America, and American Mensa, he holds honorary doctorates from Hofstra University, Long Island University, and Dowling College.

Scott Brick's tongue-in-cheek narration of the principal character's reluctant skydiving adventure first makes one smile, then break into laughter. Soon enough, though, protagonist John Corey's attempt to save his wife's life as a terrorist tries to murder her on the way down crackles with tension. The juxtaposition of the two moods as delivered by Brick demonstrates the superb quality of his reading. Once again, Asad Khalil, the perfect killing machine from THE LION'S GAME, is on Corey's trail. Khalil is back to avenge the killing of his Libyan family by an American air strike years ago. He got away in the last adventure, but now he's unstoppable--almost. As the body count mounts, Corey is determined to kill or be killed. Brick's accents are highly credible, and his ironic inflections most entertaining. Don't miss one of DeMille's best thrillers. A.L.H. Winner of AudioFile Earphones Award © AudioFile 2010, Portland, Maine

Book Description sound Library, 2010. AudioCD. Condition: Good. Narrated by Scott brick. 14 AUDIO CDs, polished for your satisfaction for a worthwhile set, in the clamshell case withdrawn from the library collection. Some shelf wear and library marking to the box and the CDs. The Audio CDs sit in individual slots, protected and clear sounding. Enjoy this AUDIO CD performance. Audio Book. Seller Inventory # 666662101310828