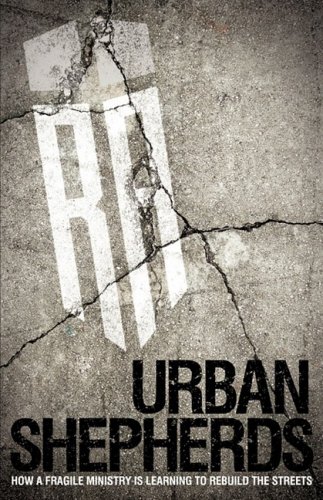 The 6 o'clock news is rife with grim urban stories concerning shootings, muggings, robberies and crimes. Little hope remains for the city. In many respects our urban communities in this country have reached a crisis point. Yet for twenty faithful years God has used the fledgling ministry of Restoration Academy in Fairfield, Alabama to ADDRESS THE URBAN CRISIS. God has always been in the business of using the weak to shame the strong, and this book documents how God has used a small and fragile school to address the looming monstrosities of crime, addiction, poor education, and hopelessness that plague many urban communities. In Urban Shepherds you will hear the stories of teachers, graduates, parents, and board members who have partnered with the ministry as vital stakeholders. Their stories of courage, faith, sacrifice, pain and love are inspirational. They will give any reader a new sense of hope for the city. Ben Sciacca has been at Restoration Academy for nine years. He served for four years as the high school Bible and history instructor. For the last five years he has served as an administrator. Ben attended Wheaton College where he majored in History. During that time he developed a heart for urban ministry when he volunteered as a basketball coach at the Cook County Juvenile Jail. He received his Master's Degree in Educational Leadership from Covenant College. Ben and his wife, Sara have three children and they live a few miles from the school in Fairfield, Alabama.