Items related to Merkuria: Rise of the Light Bringer

Merkuria: Rise of the Light Bringer 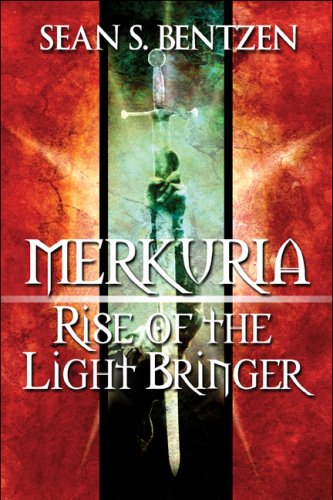 The world grows dark, ill winds carry omens of death, and the champions of good disappeared an age ago. Lord Merku Oni’Verdettrian, former Emperor of Merkuria, and his sworn brother Mekiel were the only beings strong enough to face the malignance that spreads from the northeastern wastes. Chu’qual de Leiman, the Scourge of Light, has risen from his dark lair to put an end to those who would stand against him. The Dark Lord has returned. Not all hope is lost, however, as a messenger of the ancient Draconian Empire finds a young man in the faraway town of Gnaeus’s Ford who may hold the power to reshape the entire world. Unlike the tales of old, the young man, Marcus Brehaun, finds that peril does not wait for a convenient page or fair battleground. It will stalk him—hunt him wherever he goes—even into his own home.

1. Merkuria: Rise of the Light Bringer