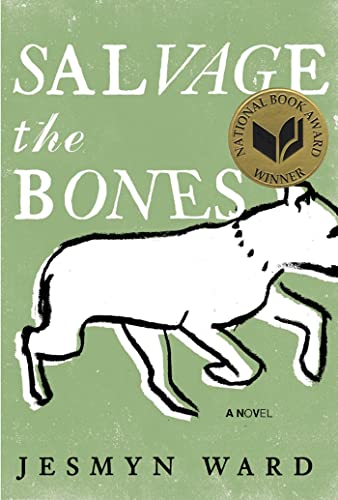 Winner of the 2011 National Book Award

As the twelve days that make up the novel's framework yield to their dramatic conclusion, this unforgettable family-motherless children sacrificing for one another as they can, protecting and nurturing where love is scarce-pulls itself up to face another day. A big-hearted novel about familial love and community against all odds, and a wrenching look at the lonesome, brutal, and restrictive realities of rural poverty, Salvage the Bones is muscled with poetry, revelatory, and real.

Jesmyn Ward received her M.F.A. from the University of Michigan and is currently an associate professor of creative writing at Tulane University. She is the editor of the anthology The Fire This Time and the author of the memoir Men We Reaped and the novels Where the Line Bleeds and Sing, Unburied, Sing, a finalist for the National Book Award. A 2017 MacArthur Fellow in Fiction, Ward lives in DeLisle, Mississippi.