Items related to Secret of the Guardian Fritchett's Journey

S. A. Ramsey Secret of the Guardian Fritchett's Journey

Secret of the Guardian Fritchett's Journey 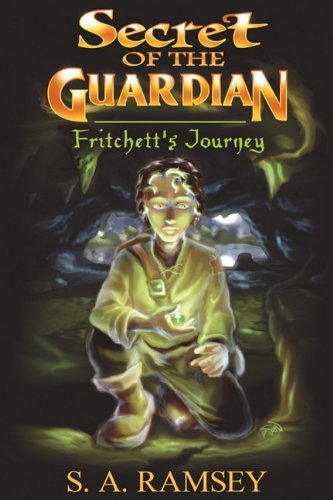 Three Laws to Govern, One City to Rule. Fritchett stepped out of the cave and into the moonlit forest. He looked back momentarily with sadness, wishing it had not been this way. He slowly turned his head and stared down the winding dark path through the trees. He took a deep breath and swallowed his fear. He reached into his pocket and felt the smooth stone. He squared his shoulders back, and began the journey toward his destiny. Could the absence of his father have plagued his heart to the point of leaving his hometown of Dexler? Or could it have been the lies the elders had told him that made him run off in search for the truth? Was it the sudden disappearance of his best friend that made him go away from all he'd ever known? Could the mysterious object he'd found have something to do with it? Was the traveling storyteller to blame? So many questions, and not enough answers. One thing was certain . . . nothing was as simple as this fourteen-year-old boy would've liked them to be. Will the past help Fritchett discover the truth about who he really is? Author S.A. Ramsey resides in Science Hill, Kentucky with his wife and daughter. He has another book in the works.