Items related to Call of the Kings, Book Three of the Venefical Progressions

Page, Chris Call of the Kings, Book Three of the Venefical Progressions

Call of the Kings, Book Three of the Venefical Progressions 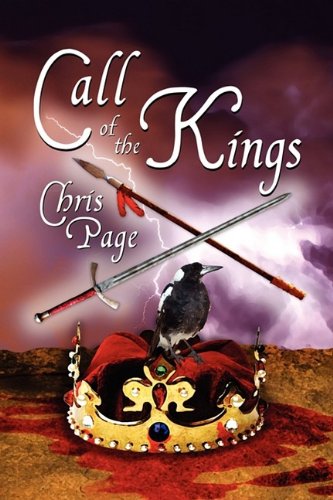 The French and English kings are at war, the Viking invaders are still causing mayhem in Wessex, and local warlords battle to gain a foothold in any way they can. Twilight, the now old veneficus of Wessex, finds his replacement in Tara, a curly red-haired little girl from Ireland with special powers. As Twilight trains Tara in the enchantments amidst the conflict and strife, he must also maintain the crucial venefical presence at Stonehenge and Avebury. But while the old veneficus and his young novice attempt to deal with weak monarchs, a flesh-eating sorceress and three deviate and particularly evil Francian venefici, the Duke of Normandy makes his move and invades England. As the flames of conflict engulf the land, the immortal Tara unexpectedly finds romance with a powerful Francian veneficus named Virgile. Together they try and bring peace while Twilight visits Rome, Constantinople and Baghdad in his investigation of the other great Holy War brewing in the East between Saracens and Christians. The epic saga continues as the battle rages on in book three of the Venefical Progressions series. Author Bio: Author Chris Page lives in Wiltshire (Wessex) England where he combines the savagery and brutal realism of Dark and early Middle Ages conflict, weak rulers, wonderfully evocative sites and stardust legends, with the eternal truths and magical innocence of fantasy and enchantment. His next book in the series, The Enchanted Saracen, is forthcoming.