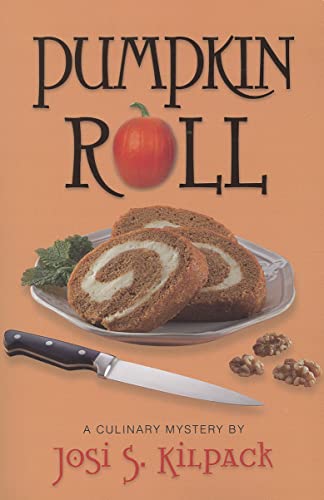 Sadie Hoffmiller is looking forward to spending her favorite baking season of the year making delicious New England recipes in Boston, Massachusetts, with her favorite leading man, Pete Cunningham, as they babysit his three young grandsons. But when the boys insist that Mrs. Wapple, the woman who lives across the street, is a witch, Sadie and Pete are anxious to distract the boys from such Halloween-induced ideas. However, it gets harder and harder to explain the strange things that keep happening, particularly after Sadie learns the eccentric Mrs. Wapple has been attacked in her home. As the unexplained occurrences escalate, Sadie finds herself embroiled in yet another mystery with life-or-death consequences. Can Sadie discover whoever or whatever is behind the mystery before anyone else gets hurt? Or will this be Sadie s last case?

Josi Kilpack is the author of fourteen novels, including Sheep s Clothing, which won the 2007 Whitney Award for Mystery/ Suspense, and Lemon Tart, a 2009 Whitney Award finalist. Pumpkin Roll is the sixth book in the popular Sadie Hoffmiller Culinary Mystery series. Josi and her husband are the parents of four children and reside in Willard, Utah.