Items related to CHOICES: Neutralizing Your Negative Thoughts and Emotional... 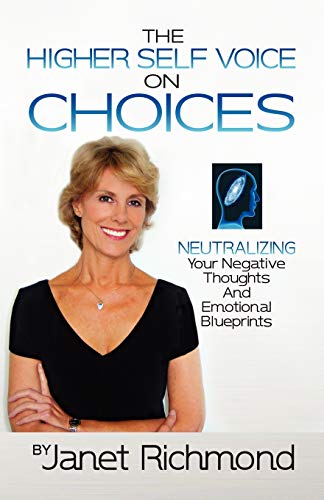 Imagine what it would be like to hold on to every thought you have ever had from the first moment you were born. Imagine that each thought was actual energy that did not disappear but hung out in some energy field surrounding you. And imagine that this thought energy had some magnetic qualities so that every type of thought you'd had over the years drew all other similar thoughts to it, like magnets with the same polarity. Then imagine that all these thoughts, or energy identities, have created actual altered realities in the space around yourself. And as you grew up, these energy identities, and the altered realities they created, became larger and larger with each thought.

These energy identities are so real that they can be likened to life-forms. In fact, they are Thought Forms. They come in all sizes--some tiny and some huge, with many in between, depending on the degree of thought put into them. The place where these positive and negative energy identities call home is called the Thought Form Body. It isn't actually a physical body but is instead held in an etheric energy field everyone carries with them. It contains all the thoughts of joy, fear, love, hate, hurt, illness, wealth, poverty, and ideas of the self, others, relationships, work, play, and on and on. All thoughts are held here, magnetically attracting similar thoughts from many sources, thereby building and strengthening all of our Thought Forms.

Janet Richmond is an authority on the Higher Self Voice. She successfully coaches and teaches the life-changing techniques of how to neutralize the negative Thought Forms everyone carries. Her own life is a testament to the amazing changes everyone is capable of bringing to their own lives. In her own words: "On some deep level I woke up - fully accepting the concept that my life was my responsibility. With this came freedom and determination - freedom from my old belief systems that kept me prisoner and determination to continue to help myself. I have been able to be myself from a place of truth I hadn't even known existed before."