Items related to Hero of Our Time

Hero of Our Time 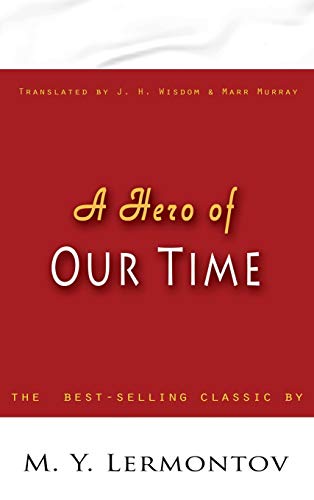 Mihail Yurevich Lermontov - one of the most important representatives of Russian literature of the nineteenth century. During his lifetime, Lermontov published very little: it has an extremely exacting and rigor to their creativity. 10 years he wrote poems, drama, prose, before you decide to make a small collection. All his works are characterized by a combination of simplicity and elevation, naturalness and originality, its ability to objectively show the characters, revealing one character through the eyes of others, and the delight of critics and readers and to this day.

In its adventurous happenings--its abductions, duels, and sexual intrigues-- 'A Hero Of Our Time' looks backward to the tales of Sir Walter Scott and Lord Byron, so beloved by Russian society in the 1820s and 30s.

1. Hero of Our Time (Hardback)

2. Hero of Our Time (Hardback or Cased Book)

Shipping: US$ 13.73
From United Kingdom to U.S.A.
Destination, rates & speeds

Shipping: US$ 15.18
From United Kingdom to U.S.A.
Destination, rates & speeds