Items related to Abolition of Man 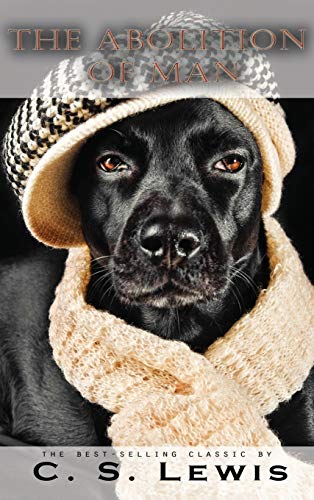 In the classic The Abolition of Man, C.S. Lewis, the most important Christian writer of the 20th century, sets out to persuade his audience of the importance and relevance of universal values such as courage and honor in contemporary society. Both astonishing and prophetic, The Abolition of Man is one of the most debated of Lewis's extraordinary works. National Review chose it as number seven on their "100 Best Nonfiction Books of the Twentieth Century.

C.S. Lewis's The Abolition of Man purports to be a book specifically about public education, but its central concerns are broadly political, religious, and philosophical. In the best of the book's three essays, "Men Without Chests," Lewis trains his laser-sharp wit on a mid- century English high school text, considering the ramifications of teaching British students to believe in idle relativism, and to reject "the doctrine of objective value, the belief that certain attitudes are really true, and others really false, to the kind of thing the universe is and the kinds of things we are." Lewis calls this doctrine the "Tao," and he spends much of the book explaining why society needs a sense of objective values. The Abolition of Man speaks with astonishing freshness to contemporary debates about morality; and even if Lewis seems a bit too cranky and privileged for his arguments to be swallowed whole, at least his articulation of values seems less ego-driven, and therefore is more useful, than that of current writers such as Bill Bennett and James Dobson. --Michael Joseph Gross

In this graceful work, C. S. Lewis reflects on society and nature and the challenges of how best to educate our children. He eloquently argues that we need as a society to underpin reading and writing with lessons on morality and in the process both educate and re-educate ourselves. In the words of Walter Hooper, "If someone were to come to me and say that, with the exception of the Bible, everyone on earth was going to be required to read one and the same book, and then ask what it should be, I would with no hesitation say The Abolition of Man. It is the most perfectly reasoned defense of Natural Law (Morality) I have ever seen, or believe to exist. If any book is able to save us from future excesses of folly and evil, it is this book." This beautiful paperback edition is sure to attract new readers to this classic book.

Shipping: US$ 15.18
From United Kingdom to U.S.A.
Destination, rates & speeds