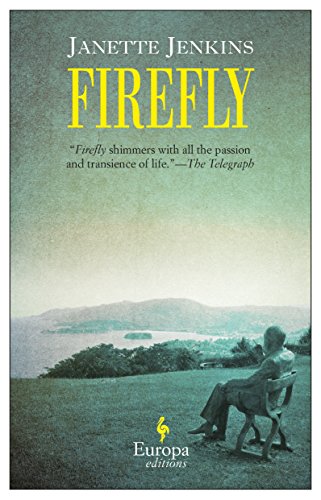 On a secluded hillside in Jamaica lies Firefly, Noël Coward's peaceful retreat. Here, between sundowners and sunsets, brandies and cigarettes, the seventy-year-old Coward whiles away his days -- a comforting, frustrating pattern of unwanted breakfasts, reluctant walks, graceless dips in the pool -- in the company of his manservant Patrice. Set over a series of summer days in the early 1970s, Firefly flits through Coward's dreams and memories, his successes and regrets, against a sultry, seductive backdrop of blue skies and glistening water. Colorful and contemplative, this is a moving portrait of old age and friendship, and a poignant appraisal of a life well lived.

Janette Jenkins was born in Bolton, UK in 1965. She earned a degree in Literature and Philosophy and an MA in Creative Writing at the University of East Anglia. She wrote three novels prior to Firefly: Columbus Day, Another Elvis Love Child and Angel of Brooklyn. Her short stories have been featured in newspapers and anthologies, including Stand Magazine, and have been broadcast on Radio 4. She lives in Durham, UK.

"Beautiful... This moving novel pays tribute to a great talent as the curtain comes down, in prose that lingers like the echo of a good bay-side martini" * Independent * "What a lovely, clever book! Beautiful, wistful, just right" * Julian Clary * "Perfectly formed" -- Mark Sanderson * Sunday Telegraph * "This elegant novel imagines the final weeks of Noel Coward after he has retired...Jenkins' Coward is clever and cantankerous to the end" * New Yorker * "Beautifully observed" * New York Times *

Book Description Paperback. Condition: New. Paperback. Shipping may be from multiple locations in the US or from the UK, depending on stock availability. 165 pages. 0.218. Seller Inventory # 9781609451400

Book Description Paperback. Condition: New. Paperback. Shipping may be from our Sydney, NSW warehouse or from our UK or US warehouse, depending on stock availability. 165 pages. 0.218. Seller Inventory # 9781609451400