Items related to Over the Edge

Carroll, Suzanne Over the Edge 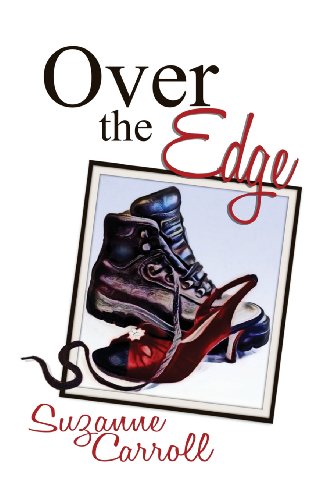 In six weeks Zoe Harper will marry Dan Costi in an over-the-top Sydney society wedding, complete with fire-eaters and belly dancers. But when she receives an unexpected gift from her future mother-in-law, Zoe realizes she's making a huge mistake. In a blazing sidewalk argument, she breaks up with her fiancé, and his mother-who has joined the fight via conference call. Following the advice of friends and co-workers, along with some inspiration from late-night-television self-help guru Dr. Pam, Zoe sets out to find the life she thinks she should be living. Always a planner, she makes a list of goals: travel, career, tattoos, and no romantic entanglements. It's all carefully laid out, until she meets Angus Creed. Angus is supposed to lead the opening waltz at a charity ball in New York City. Only problem is the handsome billionaire construction magnate with the tabloid past can't dance. Not one step. Tainted by gossip and with a well-publicized failed engagement behind him, Angus has become a master at keeping an emotional distance. Until he meets Zoe. What starts as dancing lessons, slowly becomes something more. Angus begins to let down his guard and open his heart, even when his past makes an unexpected and unwelcome return. As Zoe discovers the real man behind the headlines, she questions where her new choices are taking her. Her goals look good on paper, but are they what she really wants? And by the time she realizes where her heart lies, will it be too late?