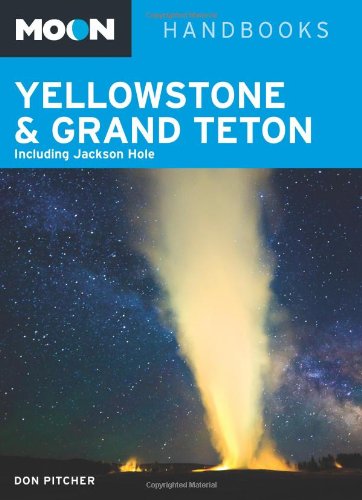 Travel photographer Don Pitcher reveals the splendors of Yellowstone Park and Grand Teton, from the sought-after vacation town of Jackson and a world-class museum complex in Cody to the gorgeous badlands topography of Old-West Dubois. Don is the essential tour guide, covering itineraries such as Yellowstone in a Day, Five Days in Jackson Hole, and The Seven-Day Grand Loop. Moon Yellowstone and Grand Teton is packed with maps and photographs, and places a special emphasis on leading destinations such as Old Faithful Geyser, Lower Falls of the Yellowstone River, Mammoth Hot Springs, the Snake River, and Jackson Hole. Complete with details on watching wildlife, and including information on activities such as camping, hiking, and horseback riding, Moon Yellowstone and Grand Teton gives travelers the tools they need to create a more personal and memorable experience.

Perhaps Don Pitcher's love of travel came about because he moved so much as a child; by age 15 he had lived in six states and two dozen East Coast and Midwestern towns. Don's family hails from Maine, but he was born in Atlanta, making him a southerner with New England blood. He moved west for college, receiving a master's degree from the University of California, Berkeley, where his thesis examined wildfires in the high elevation forests of Sequoia National Park. When his first (and only) scientific paper was published, he appeared to be headed into the world of ecological research.

Don then landed what seemed like the coolest job on the planet shortly after grad school: being flown around Alaska's massive Wrangell-St. Elias National Park in a helicopter while conducting fire research. Wild places continued to beckon, and over the next 15 years Don built backcountry trails, worked as a wilderness ranger, mapped grizzly bear habitats, and operated salmon weirs—anything to avoid an office job. After that first season in Alaska, he spent three months in the South Pacific, and quickly found himself addicted to travel. His explorations eventually took him to 35 countries and all 50 states.

After authoring his first book, Berkeley Inside/Out, Don went on to write Moon Yellowstone & Grand Teton, Moon Alaska, Moon Wyoming, Moon San Juan Islands, and Moon Anchorage, Denali & the Kenai Peninsula. He has produced three photographic books, served as editor for Best Places Alaska, and is a contributor to Triporati.com and other websites. Don's photos have appeared in a multitude of publications and advertisements, and his prints are sold in many Alaska and Washington galleries. He is also a highly regarded wedding photographer.

Don lives in Homer, Alaska, with his wife, Karen Shemet, and their children, Aziza and Rio. Get details on his latest writing and photography projects—along with links to many of the places mentioned in this book—at DonPitcher.com, or find him on Facebook.