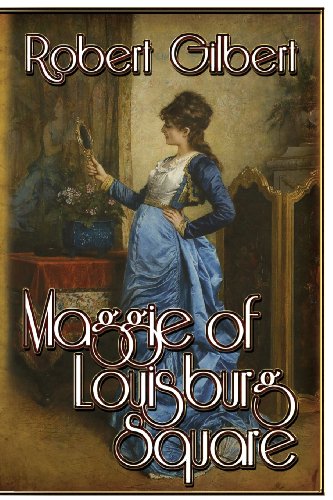 In Boston in the early part of the twentieth century a young woman, Maggie McLaughlin, is caught between the reality of her humble birth and her desire to succeed in a cultured world. At the same time, a young man, Hugh Brent, is caught between his lofty society upbringing and his attraction to the young woman. The road to the fulfillment of Maggie's wish is opened up when a bargain with Hugh Brent allows her to attend Mt. Holyoke College. A huge turn in Hugh Brent's life takes place when he goes against his family and wealthy fiancée's wishes and instead of joining his father's lucrative business firm, studies medicine. Hugh's ideas are altered by a brush with death, and his eyes are further opened when, as a doctor, he goes to France, is submerged in the horrors of W.W. I, and is eventually seriously wounded. Maggie is now a librarian and while working hard for the war effort, waits for Hugh to return from the war, clinging to the unrealistic hope that he will marry her. The story is one of complex characters and the struggle between hope and apparent reality.

Born in W. Virginia and raised in Ohio, Gilbert earned an M.D. and then became a general surgeon. He married, joined the Army, and went to Korea and then Viet Nam, where he served as a medical officer in the airborne unit. Twenty years and seven children later, he retired from he Army as a colonel and spent the next ten years teaching in a surgical residency program. He retired to rural New Jersey, where he now lives with his wife, Ihn Jae. He had published in medical journals and newspapers, but after retirement he began writing fiction. Maggie of Louisburg Square is his third novel.

Book Description Black Rose Writing, 2013. Condition: Good. A+ Customer service! Satisfaction Guaranteed! Book is in Used-Good condition. Pages and cover are clean and intact. Used items may not include supplementary materials such as CDs or access codes. May show signs of minor shelf wear and contain limited notes and highlighting. Seller Inventory # 1612962505-2-4