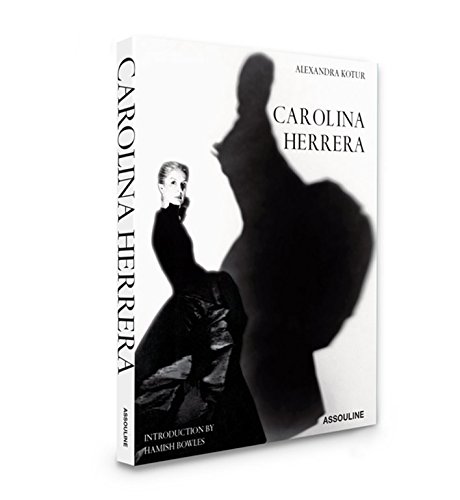 Weaving together elegance, delicacy, and femininity, Carolina Herrera has
defined a graceful aesthetic that is all her own. Born into an aristocratic family,
Herrera’s fashion sensibilities were awakened when she attended her first
fashion show, at age thirteen. Since her emergence as a renowned beauty
surrounded by royals and artists, Carolina Herrera has established herself
as the woman who dresses women who know how to dress. Told through the
lens of celebrated photographers and the words of friends, colleagues, and
admirers, this is the story of one of today’s most timeless designers and most
remarkable women.

Alexandra Kotur is a senior editor of Vogue where she develops feature stories and works closely with photographers such as Annie Leibovitz, Jonathan Becker, and Steven Klein. Hamish Bowles is the international editor at large for Vogue. Prior to joining Vogue in 1992 as style editor, Bowles was fashion editor and later style editor at Harpers and Queens. Bowles has also served as creative consultant at the Metropolitan Museum of Art's "Jacqueline Kennedy: The White House Years" exhibition at the Costume Institution.