Items related to Studio and Cube: On The Relationship Between Where... 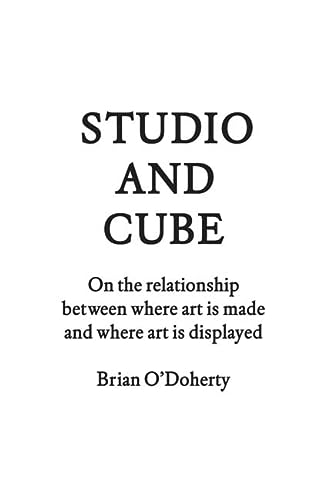 When does an artist's creation become art, and where? Does it occur in the solitary confines of an artist's studio, or does it require the context of an art gallery's white cube? Studio and Cube is author Brian O'Doherty's long-awaited follow-up to his seminal 1976 essays for ArtforumInside the White Cube: The Ideology of the Gallery Space. In Studio and Cube he expands his interpretation to include the artist's studio, tracking the relationship between the artwork and the artist from Vermeer through late modernism.

Brian O'Doherty is the author of two novels and several works of art criticism, including American Master: The Voice and the Myth in Modern Art (1974). He also works as an artist under the name Patrick Ireland. Studio and Cube is a sequel to his seminal essay Inside the White Cube: The Ideology of the Gallery Space, first published as a series of essays in Artforum in 1976.