Items related to The Authority of the Believer: Principles Set Forth...

MacMillan, Rev J. A. The Authority of the Believer: Principles Set Forth in the Epistle to the Ephesians

The Authority of the Believer: Principles Set Forth in the Epistle to the Ephesians 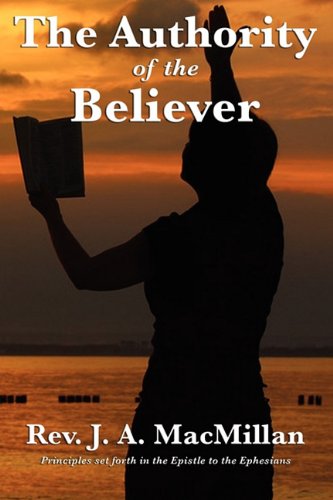 A Spiritual Warfare Classic. There are few subjects relating to the Christian life concerning which there is so little exact knowledge as that of the Authority of the believer. This is not because such authority is the property only of a few elect souls. On the contrary, it is the possession of every true child of God. It is one of the all things received in Christ. Its reception dates from the soul's contact with Calvary. Probably because of the extreme importance of a correct under standing of its privileges and responsibilities, and because of the power which they confer on a militant believer, the enemy has specially sought to hold back this knowledge from God's people.