Items related to The Crystal Princess 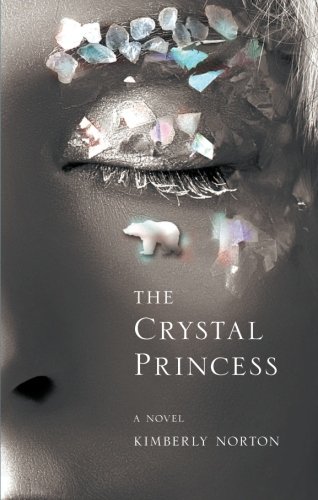 Kelly lives the life of a typical teen in the suburbs of Southern California with her football star boyfriend and loyal best friend. It's her senior year, and she's looking forward to her eighteenth birthday. But her life totally changes when she's abducted by her birth family, a family she didn't even know existed. Meeting her mother and two sisters for the first time is almost too much for her to handle. Kelly learns she is a witch born from a coven of witches with special powers. She's called back to help her family fight the evil, power-hungry witch, Victoria, and the Wizard Council, who want to destroy all that Kelly's family holds dear before the Immortality Ceremony, a ceremony that will seal the girls' fate and powers for all eternity. To make things even more complicated, Kelly falls in love with an Indian named Max White Bear. But because of a longstanding tradition, their relationship is a hard sell to the chief of the Indian tribe. With the war between good and evil looming, Kelly must find the strength to harness her magical powers and summon The Crystal Princess inside her. Kimberly Norton lives in the foothills of California, with her husband and two young children. She volunteers at her children's school, and her spare time is devoted to her passion for writing.

Book Description Tate Publishing, 2011. Condition: Good. A+ Customer service! Satisfaction Guaranteed! Book is in Used-Good condition. Pages and cover are clean and intact. Used items may not include supplementary materials such as CDs or access codes. May show signs of minor shelf wear and contain limited notes and highlighting. Seller Inventory # 1617395471-2-4