Items related to The Last Battleship 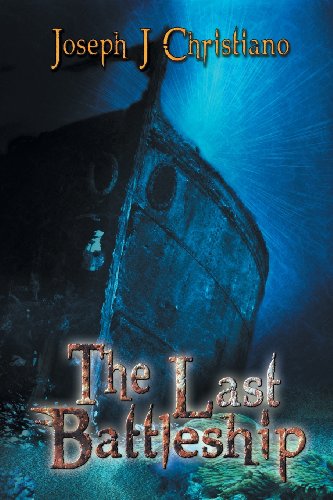 n 1944, the battleship USS Louisiana is torpedoed and sunk by a Japanese submarine. There is a single survivor. Four decades later, an expedition embarks to locate and document the wreck. The Louisiana's sole survivor, Ensign Robert Sayles (retired), along with his daughter, Jill, are honored guests of the expedition. But things begin to go wrong aboard the research vessel Hailey Rose. Several crewmen are found murdered, and the ship's radio and engines are sabotaged. The pain from wounds Robert Sayles received in his escape from the sinking battleship return to haunt him. With a fierce South Pacific storm bearing down on them, the Hailey Rose's survivors must find a way to repair their vessel and contend with a murderer in their midst. A murderer with direct ties to the night the last battleship was sunk.