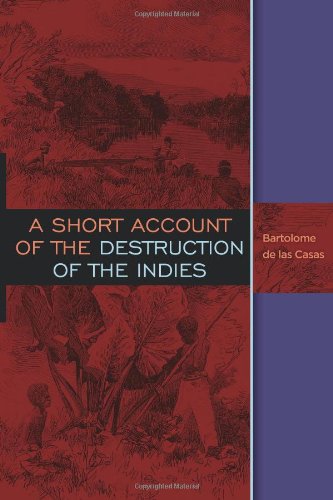 In 1542, a Spanish Dominican friar named Bartolome de las Casas wrote an account of the abuses enacted against the indigenous population of the New World by Spanish explorers. Fearing both for the souls of his own countrymen, and for the souls of the native peoples whom they had so brutally subjugated, de las Casas sent the document to Prince Philip II of Spain. “A Short Account of the Destruction of the Indies” was responsible for a new set of laws abolishing native slavery in the Spanish colonies.

Bartolome de las Casas was born in Seville around 1484. At the age of eighteen he left for the New World, where he participated in the conquest of Cuba and witnessed the first full-scale massacre of an Indian community. He became a priest and entered the Dominican order. He dedicated himself to the protection and defence of the Indians. Anthony Pagden teaches in the Department of History at John Hopkins University, Baltimore. He is the author of The Fall of Natural Man and Spanish Imperialism and the Political Imagination. Nigel Griffin read modern languages at Oxford and was a Fellow of New College in the 1970s. He now concentrates on writing and translating and has worked for both the UN and the World Bank.

Buy Used
Condition: Very Good
. A copy that may have a few cosmetic... Learn more about this copy

1. A Short Account of the Destruction of the Indies

Book Description Condition: Very Good. . A copy that may have a few cosmetic defects. May also contain a few markings such as an owner's name, short gifter's inscription or light stamp. Seller Inventory # H12A-01061

2. A Short Account of the Destruction of the Indies