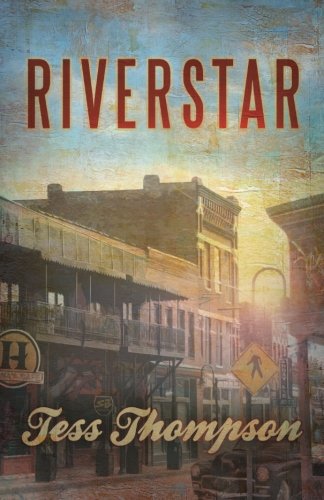 After ending a dysfunctional affair with a powerful movie producer, feisty Hollywood makeup artist Bella Webber finds herself back in the quaint Oregon town of River Valley, the location of a famous director’s latest film. Despite trying to distract herself with work, Bella is unnerved by the proximity of Benjamin Fleck – a man she fell instantly in love with during a chance encounter at her brother’s home. Unfortunately, he sees her as nothing more than a heartbreak waiting to happen. When an actress is found murdered after she’s seen leaving the restaurant Riversong with Ben, he is accused of the crime and arrested. Convinced of his innocence, the River Valley friends band together to find the real killer, and Bella must face her biggest fear to ensure the truth is revealed. Romantic, suspenseful, and engaging, bestselling author Tess Thompson’s third novel in the River Valley Collection delivers another tribute to the power of community and the bonds of friendship.

Feisty Bella is the person I always wish I could be. She's smart, foul-mouthed, brutally honest and unapologetic for who she is. In her tiny body lives a ferocious and powerful tigress. Through her, I was able to live vicariously--living without fear and way out loud.

Ben is one of my favorite male characters. He's sweet and funny and he really gets Bella. Instead of being intimidated by a strong woman, he loves her for it. I also love that he's a
fly-fisherman. I have such a romantic notion of the sport, mostly because of my favorite movie, "A River Runs Through It."

Giving them their happy ending was so much fun. I love imagining them growing old together. Can you picture Bella as that feisty old lady who still does Crossfit at 70?

Tess Thompson is a novelist and playwright with a BFA in Drama from the University of Southern California. In 2011, she released her first novel, Riversong, which subsequently became a bestseller. Like the characters in Riverstar, Tess is from a small town in Oregon. She currently lives in a suburb of Seattle, Washington with her two young daughters, Emerson and Ella, where she is inspired daily by the view of the Cascade Mountains from her home office window.

Book Description Booktrope Editions, 2013. Condition: Good. A+ Customer service! Satisfaction Guaranteed! Book is in Used-Good condition. Pages and cover are clean and intact. Used items may not include supplementary materials such as CDs or access codes. May show signs of minor shelf wear and contain limited notes and highlighting. Seller Inventory # 1620151464-2-4