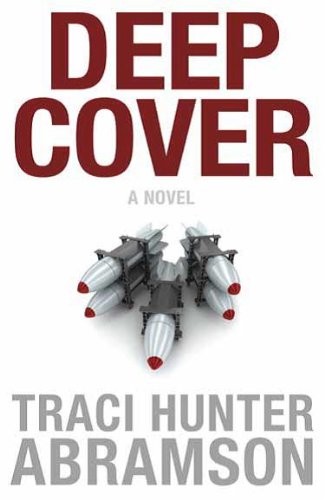 Twenty eight year old Kelsey Weber is one of the CIAs finest undercover agents. After two years under deep cover in Salman Nassars desert compound, shes unearthed vital information on the volatile Middle Eastern extremist sect. When her allegiance is called into question, Nassar teaches her a lesson she wont forget with a bullet to the leg. Kelsey is whisked out of the field to recuperate in the safety of her missionary parents empty Virginia home. But civilian life proves to be more complicated than Kelsey anticipated when she meets FBI agent Noah Cabbott, the handsome neighbor tasked by her parents with safeguarding the family home in their absence. As their relationship deepens, she s torn by her inability to divulge who and what she really is. In a twist of fate, their separate investigations converge in a horrifying plot that threatens the nation s security, and Kelsey s identity is revealed. She and Noah have been assigned as members of a secret task force, united with one common goal: to thwart Nassar s impending terrorist attack. As the situation grows increasingly dire, she is horrified to learn that there is a traitor in their midst: An agency mole has been leaking information to the enemy. Kelsey s world is thrown into chaos with the shocking realization that nothing is as it seems, and each step toward the truth draws her deeper into aweb of conspiracy more intricate and deadly than she dreamed

Originally from Arizona, Traci Hunter Abramson has spent most of her adult life living in Virginia. She is a graduate of Brigham Young University and a former employee of the Central Intelligence Agency. She enjoys writing what she knows and considers it a bonus when her research includes travel and attending sporting or cultural events. Since leaving the CIA, Traci has written several novels, including the Undercurrents trilogy, Obsession, the Royal series, and the Saint Squad series. When she s not writing, Traci enjoys spending time with her husband and four children. She also enjoys coaching North Stafford High School s swim team.