Items related to Dialysis Under Grace 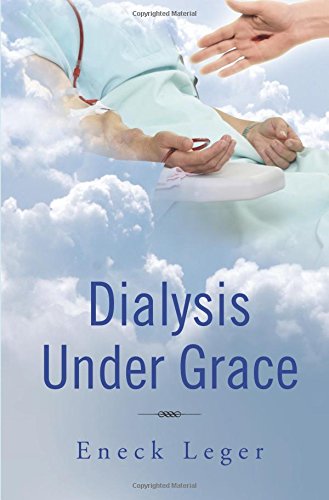 Eneck Leger spent most of his formative years in Haiti with an abusive father trying desperately to overcome a learning disability and get an education. Finally, after years of political unrest and financial hardships, Eneck immigrated to New York with the hope of a better life as his only companion. Eneck quickly realized that life's troubles were not left behind in Haiti. With very little education, he struggled to find work. When he did, he found himself dissatisfied. He was diagnosed with diabetes shortly after his arrival and suffered long days of dialysis and miserable symptoms before finally having a kidney transplant. Eneck waded the tumultuous waters of a volatile relationship and experienced prejudice in the least likely places. With so much stacked against him, it would not be a surprise to find him a bitter and angry man. But that is not the case. Eneck discovered someone soon after his arrival in America who continually feeds his soul and lifts him up in the midst of what seems to be the most difficult of circumstances. Find out how his faith and selfless love of others has allowed him to endure and persevere through it all.