Items related to The Triangle Murders 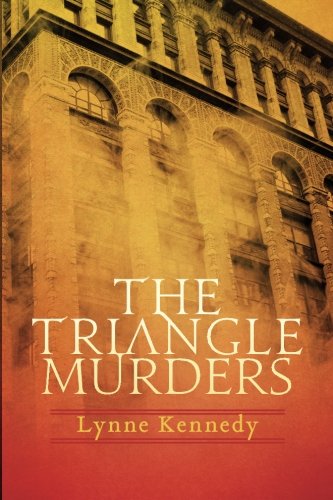 When a young reporter is pushed from a ninth story window in Greenwich Village, NYPD Homicide Lieutenant Frank Mead soon connects the case to a murder that took place at the same site a hundred years earlier, during the infamous Triangle Shirtwaist Factory fire. Following the devastating suicide of his wife seven years earlier, Frank abandoned his daughter Amanda and the city he loved. Now he’s back to make amends and finds he has an urgent and personal reason to track today’s killer. Amanda, also a reporter and friend of the dead girl, has gone missing. In the family tenement, Frank finds a “murder book” and evidence of the 1911 murder. The victim was, in fact, his great grandmother, a seamstress at the Triangle. Now, with the help of modern forensics and sheer determination, he is able to uncover killers in both centuries.

About the Author With a Masters Degree in Science and more than 28 years as a science museum director, Lynne Kennedy has had the opportunity to study history and forensic science, both of which play significant roles her novels. She has written three other historical mysteries, each solved by modern technology. The Triangle Murders (formerly called Tenement) was a finalist in St Martin’s Malice Domestic Competition, 2011 and Winner of the Rocky Mountain Fiction Writers Mystery Category, 2011. Visit her website at www.lynnekennedymysteries.com

Book Description BookBaby, 2012. Paperback. Condition: VERY GOOD. Pages are intact and are not marred by notes or highlighting, but may contain a neat previous owner name. The spine remains undamaged. Seller Inventory # 1623092523_abe_vg

Book Description BookBaby 2012-08-10, 2012. Paperback. Condition: Very Good. Item is in very good condition. If supplemental codes/CDs for textbooks are required please contact us prior to purchasing as they may be missing. Seller Inventory # DS-1623092523-2