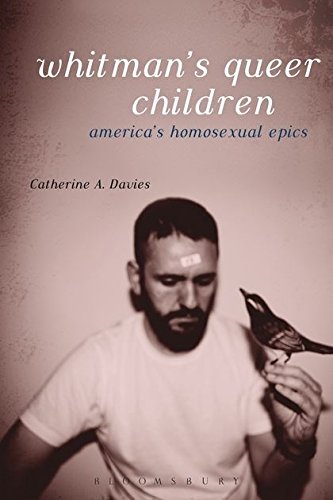 Davies examines the work of four of the most important twentieth-century poets who have explored the epic tradition. Some of the poems display an explicit concern with ideas of American nationhood, while others emulate the formal ambitions and encyclopaedic scope of the epic poem. The study undertakes extensive close readings of Hart Crane's The Bridge (1930), Allen Ginsberg's "Howl" (1956) and The Fall of America: Poems of These States 1965-71 (1972), James Merrill's The Changing Light at Sandover (1982), and John Ashbery's Flow Chart (1991). Although not primarily an account of a Whitmanian lineage, this book considers Whitman's renegotiation of the dialectic between the public and the private as a context for the project of the homosexual epic, arguing for the existence of a genealogy of epic poems that rethink the relationship between these two spheres. If, as Bakhtin suggests, the job of epic is to "accomplish the task of cultural, national, and political centralization of the verbal-ideological world," the idea of the "homosexual epic" fundamentally problematizes the traditional aims of the genre.

Catherine Davies received her PhD from University College London. She lives and teaches in London and is currently researching a new project that looks at intertextual relations between poets and musicians.

"Why is it that so many of America's greatest long poems have been written by homosexual men? In Whitman's Queer Children Catherine Davies brilliantly explores the genealogy of the American epic, and its subtle-and not so subtle-queering by Hart Crane, Allen Ginsberg, James Merrill and John Ashbery. Combining incisive close readings with social history and literary theory, this study presents a range of persuasive and fascinating critical perspectives on four of the most significant and influential poets of the twentieth century." -- Mark Ford, Professor of English, University College London, UK "Whitman's Queer Children looks at 'the anxious relationship between the homosexual and his American home' and vividly shows it to be a source of vitality, imagination and articulate authority in the work of four gay twentieth-century poets. Ranging widely from Virgil to Horace, from Jung to Gans, and dwelling above all on the nurturing adaptable heritage of Whitman, Catherine Davies provides detailed and nuanced accounts both of poetic genesis and cultural situation, and revisits old debates and disagreements with a contemporary perspective. She brings out the sturdiness and resilience of the epic mode, its capacity for odd conjunctions and new bearings, and gives a persuasive narrative of the many forms and potent legacy of the 'homosexual epic'." Peter Swaab, Reader in English, University College London, UK Davies presents a well-researched analysis of not only the poems, but of the poets, the historical contexts and societies during which they lived and wrote, and, not least importantly, of the ways in which each, in his own way, engaged with the burden of living and writing in the shadow of the man who first (publicly) expressed the need for America to consider a more diverse and inclusive identity. -- Chisomo Kalinga, King's College London * MakeMag.com *

Book Description Bloomsbury Academic, 2020. Paperback. Condition: NEW. 9781628923186 This listing is a new book, a title currently in-print which we order directly and immediately from the publisher. Print on Demand title, produced to the highest standard, and there would be a delay in dispatch of around 10 working days. For all enquiries, please contact Herb Tandree Philosophy Books directly - customer service is our primary goal. Seller Inventory # HTANDREE0437355