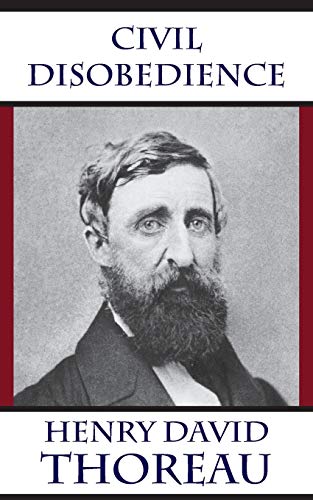 On the Duty of Civil Disobedience is an essay by American author Henry David Thoreau and was first published in 1849 with the title of "Resistance to Civil Government".  Thoreau sets for an argument that permit governments to rule or degrade their consciences, otherwise the government forces one to become an agent of injustice.  Thoreau was motivated by his opposition to slavery and with the Mexican–American War (1846–1848).

Philosopher, naturalist, poet and rugged individualist, Henry David Thoreau (1817-1862) has inspired generations of readers to think for themselves, to follow the dictates of their own conscience and to make an art of their lives. This representative sampling of his thought includes five of his most frequently cited and read essays: 'Civil Disobedience, ' his most powerful and influential political essay, exalts the law of conscience over civil law.