Items related to The Anarchist Cookbook 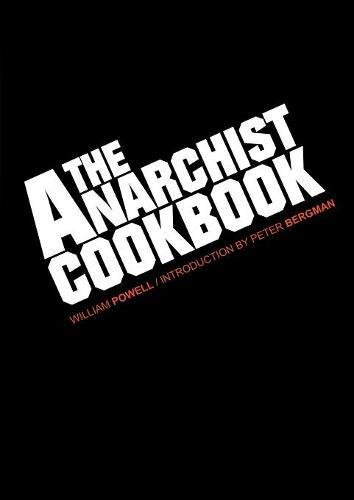 Perhaps the most notorius How To manual on the market. This is the most asked for book that we know of. Is it any good? Well, it's now in its 29th printing since 1971, has chapters on home preparation of weapons, electronics, drugs, and explosives. Extensively illustrated.

I have recently been made aware of several websites that focus on The Anarchist Cookbook. As the author of the original publication some 30 plus years ago, it is appropriate for me to comment.

The Anarchist Cookbook was written during 1968 and part of 1969 soon after I graduated from high school. At the time, I was 19 years old and the Vietnam War and the so-called "counter culture movement" were at their height. I was involved in the anti-war movement and attended numerous peace rallies and demonstrations. The book, in many respects, was a misguided product of my adolescent anger at the prospect of being drafted and sent to Vietnam to fight in a war that I did not believe in.

I conducted the research for the manuscript on my own, primarily at the New York City Public Library. Most of the contents were gleaned from Military and Special Forces Manuals. I was not member of any radical group of either a left or right wing persuasion.

I submitted the manuscript directly to a number of publishers without the help or advice of an agent. Ultimately, it was accepted by Lyle Stuart Inc. and was published verbatim - without editing - in early 1970. Contrary to what is the normal custom, the copyright for the book was taken out in the name of the publisher rather than the author. I did not appreciate the significance of this at the time and would only come to understand it some years later when I requested that the book be taken out of print.

The central idea to the book was that violence is an acceptable means to bring about political change. I no longer agree with this.

During the years that followed its publication, I went to university, married, became a father and a teacher of adolescents. These developments had a profound moral and spiritual effect on me. I found that I no longer agreed with what I had written earlier and I was becoming increasingly uncomfortable with the ideas that I had put my name to. In 1976 I became a confirmed Anglican Christian and shortly thereafter I wrote to Lyle Stuart Inc. explaining that I no longer held the views that were expressed in the book and requested that The Anarchist Cookbook be taken out of print. The response from the publisher was that the copyright was in his name and therefore such a decision was his to make - not the author's. In the early 1980's, the rights for the book were sold to another publisher. I have had no contact with that publisher (other than to request that the book be taken out of print) and I receive no royalties.

Unfortunately, the book continues to be in print and with the advent of the Internet several websites dealing with it have emerged. I want to state categorically that I am not in agreement with the contents of The Anarchist Cookbook and I would be very pleased (and relieved) to see its publication discontinued. I consider it to be a misguided and potentially dangerous publication which should be taken out of print.