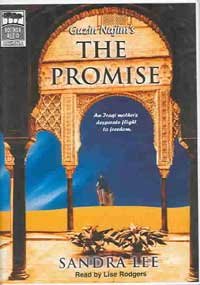 Sandra Lee recounts Guzim Najim's harrowing story of life in Saddam Hussein's Iraq. Coming from a background of privilege, Guzin and her husband, Ra'ad Said, move in diplomatic circles around the world, largely unaffected by Saddam Hussein's reign of terror. But when Ra'ad is recalled to Iraq, their lives change for the worse. The family is harassed, Ra'ad is killed, and Guzin hatches a plan to flee Iraq with her children. Lise Rodgers reads the biography with a crisp British accent befitting a diplomatic family. Her pacing is good as she recounts both life at the top of the social ladder and the constant threats of the regime's henchmen. Lee provides a riveting look at what the Iraqi people faced under Hussein, as well as a heartrending portrait of the sacrifices made by the country's refugees. H.L.S. © AudioFile 2005, Portland, Maine-- Copyright © AudioFile, Portland, Maine