Items related to The Inca Prophecy 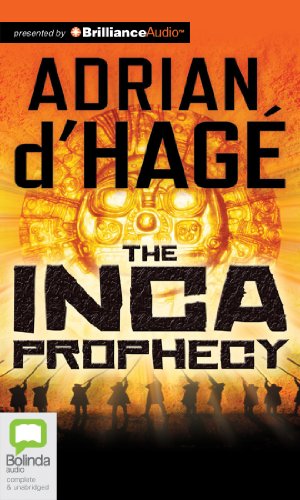 An eerie clue to the Inca Prophecy lies hidden in a tomb near the ancient city of Machu Picchu. The prophecy itself is concealed deep in the Amazon jungle, amongst the ruins of Paititi, the Lost City of the Inca. Disaffected CIA agent Curtis O'Connor and Guatemalan archaeologist Dr. Aleta Weizman are convinced a mysterious crystal skull, discovered near the Inca Trail, will lead them to it.

What is hidden in Paititi that would attract the attention of both the CIA and the Vatican's espionage service? All O'Connor can be certain of is that both he and Weizman are now in mortal danger.

Jim Daly is the president and CEO of Focus on the Family. Daly has received the 2008 World Children's Center Humanitarian Award and the 2009 Children's Hunger Fund Children's Champion Award. He has appeared on such television programs as ABC “World News Tonight” and PBS’ “Religion & Ethics”; and been featured in Time, The Wall Street Journal, The New York Times, USA Today and Newsweek, which named him one of the top 10 next-generation evangelical leaders of influence. Daly and his wife have two sons and reside in Colorado Springs, Colorado. Visit: www.focusonthefamily.com.